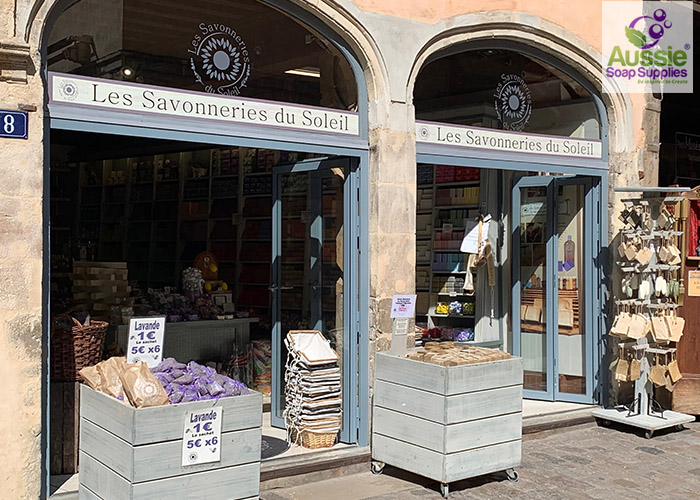 As some of you know I attend In-Cosmetics Global when possible (which is a leading event for personal care ingredients) and when it is held in France, well, it doesn’t hurt to add a little investigative tourism onto my work!  Like many things, soap sales are aimed fairly and squarely at tourists in France, however, you do find pockets of hand crafted soap in the big commercial shops, or in a small shop where you can see the soaper has her last batches of soap waiting to be cut on the benches in her soap room.  (Apologies for using the feminine in this case, but I have never seen a man in France making soap, though I am sure they exist, I just haven’t seen any).  I have seen videos of men making soap on the floors of old soap ‘factories’ turning it into Savon de Marseille, or similar, and you’ll see some pictures of that kind of soap further on down this blog.

Though not that prevalent, Melt & Pour soap is around and usually crafted locally. The following images are from a lovely little shop in Normandy. 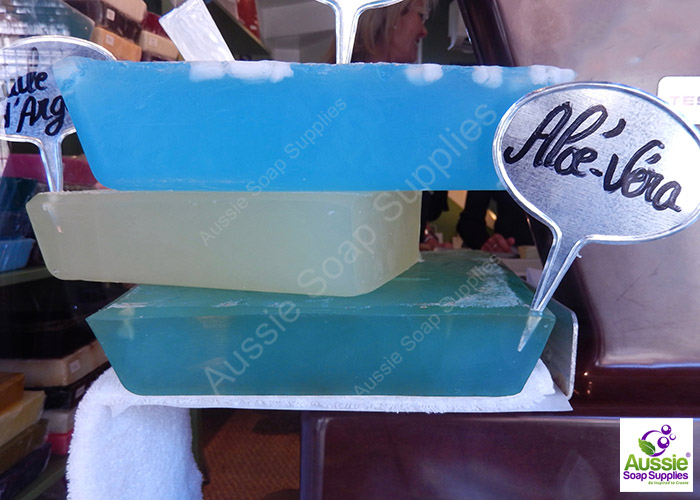 I particularly liked the wedge-style packaging that looked so neat and stylish! 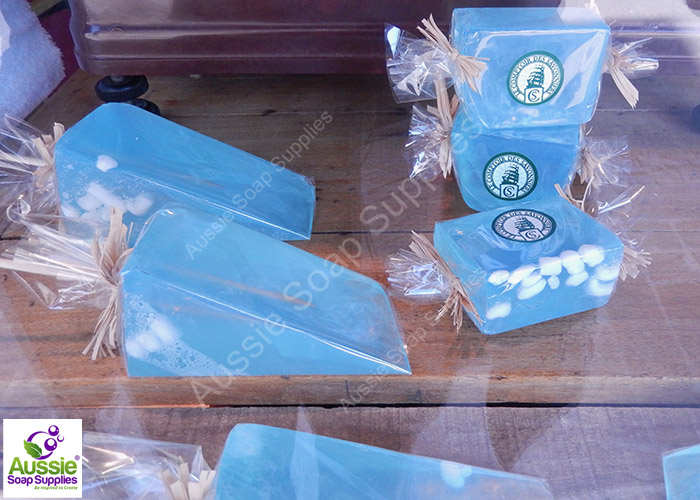 Now to head south, to Essential Oil territory!  This first image is from a Lavender farm, a working historical time piece which also has fire heated distillation of Lavender Essential Oil in process, which was as interesting as it was picturesque! 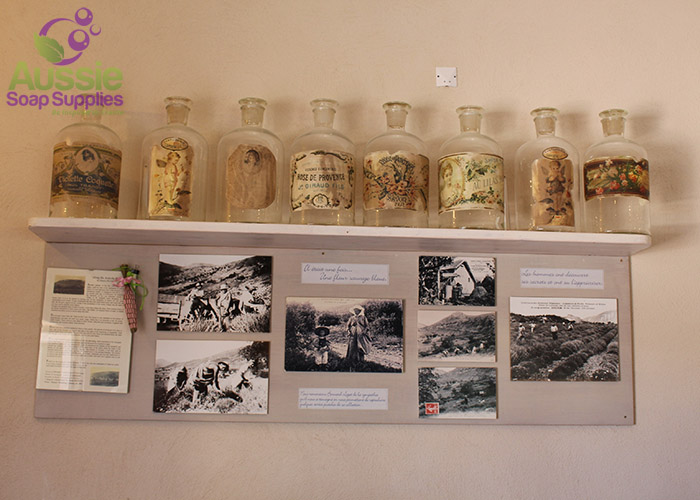 We have “best before” and “best by” dates on our products, but I have now inhaled the aroma of a Lavender Oil over 100 years old, and it was most definitely not off or past it’s best by date! 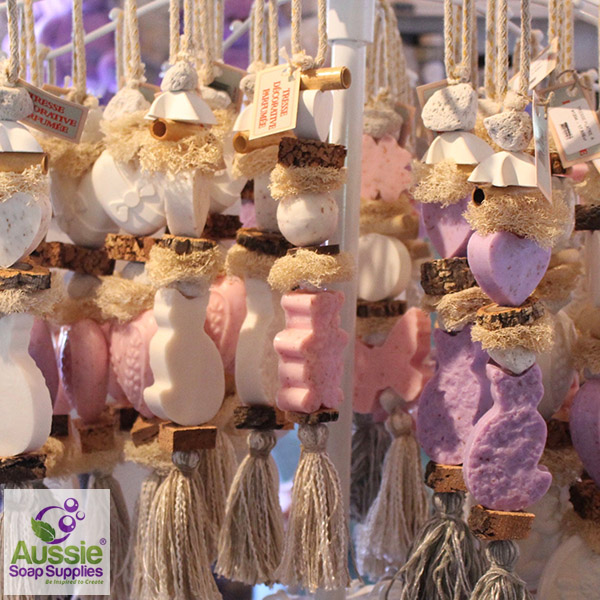 And of course gift shops, they all have gift shops!  This was full of every imaginable gift that you could insert the word ‘lavender’ into and that the tourist will buy!  This type of soap rope was to be seen all through southern France and in particular, Provence, but I couldn’t help but feel they all come out of the same factories.  This style has room scenters as well as either shower steamers or bicarb based sniffies, together with soap of course! 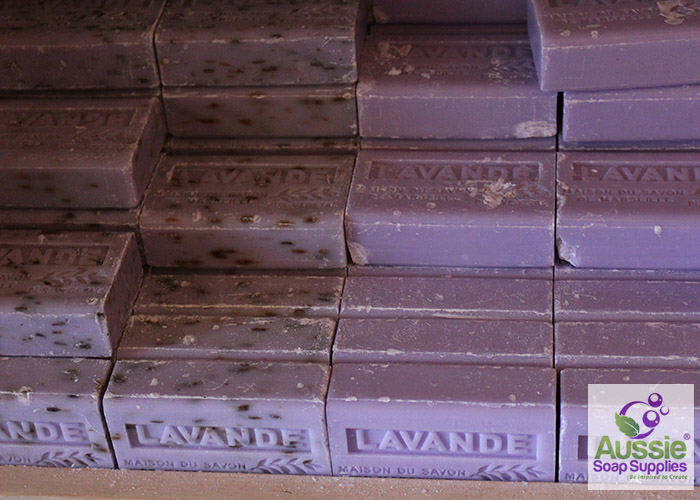 As you will see further down this post, this commercial style of syndet bar is prevalent, and comes in as many as 60 different scents.  I am not sure there are many essential oils in there though. 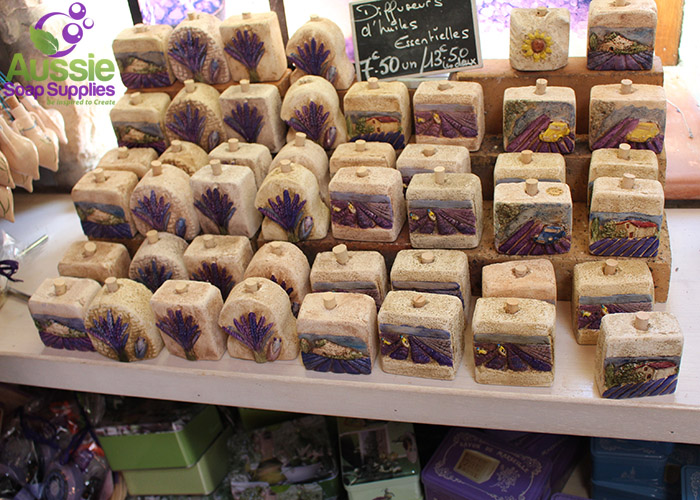 From room scenters, to perfume bottles, just to put a picture of the Lavender out there……. 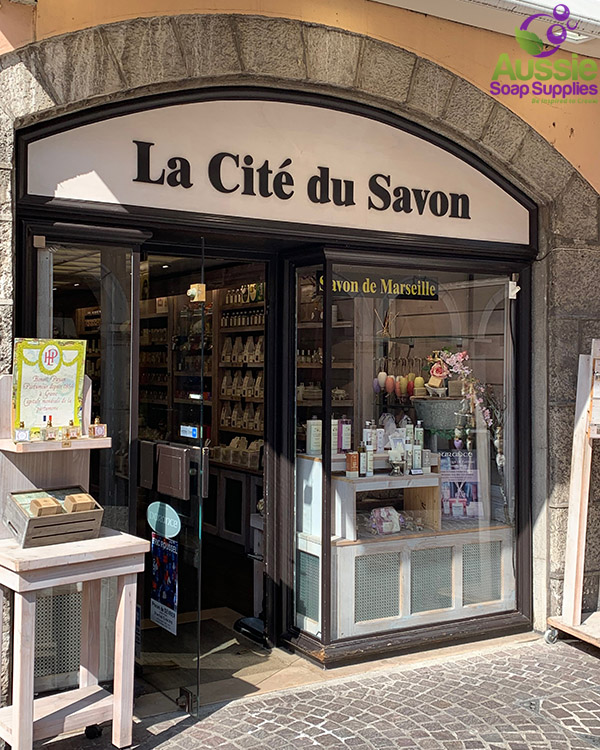 A huge soap cave in Annecy, as you will see, a LOT of commercially produced soap is sold through these tourist outlets. 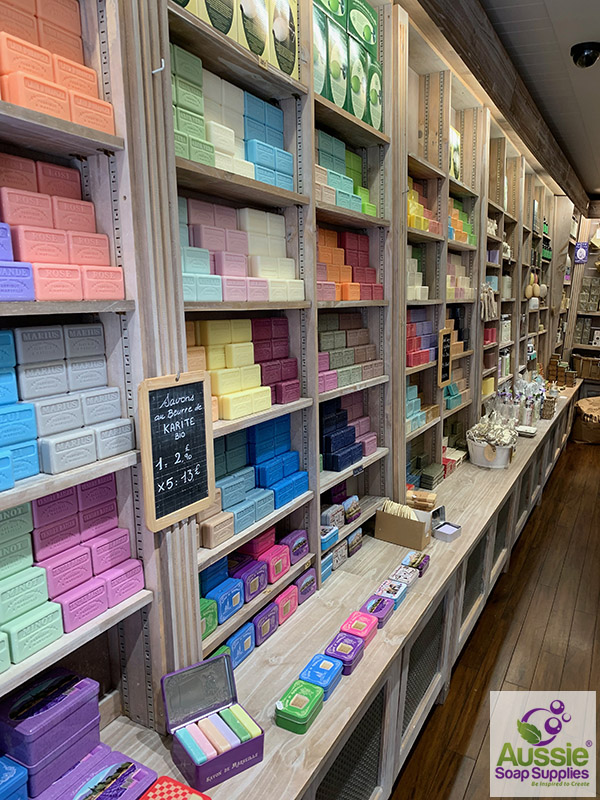 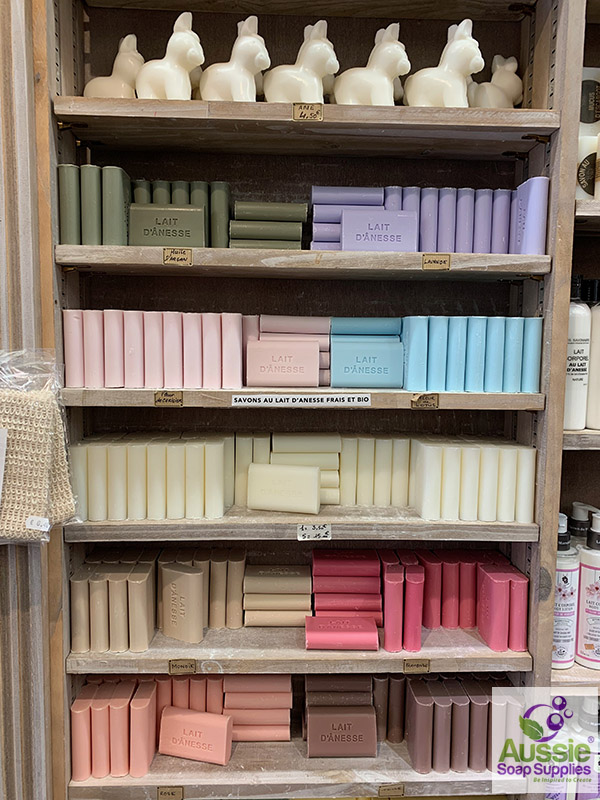 And all this syndet soap, these ones are Donkey Milk (Lait D’Anesse). 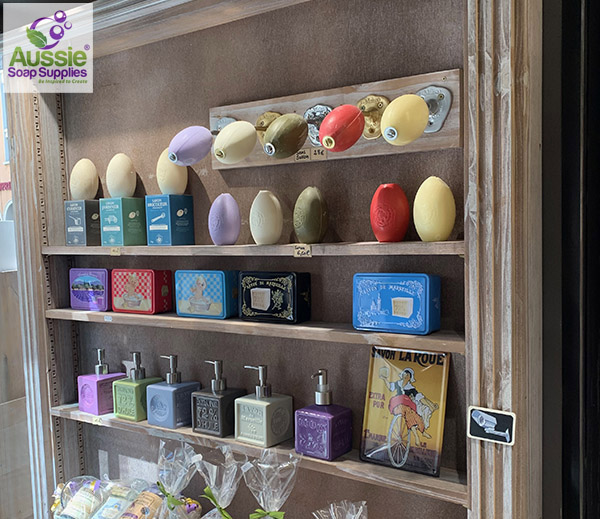 More syndets, and other gift items. These extruded bars fit onto a shower rose type wall attachment, but I am yet to workout how you use them properly and my conversational French is not up to this type of conversation! 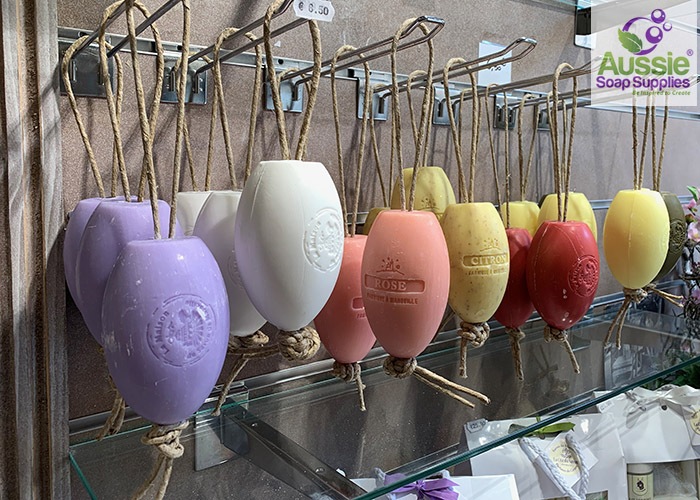 Of you could have the same soap on ropes which is a least portable within the shower! 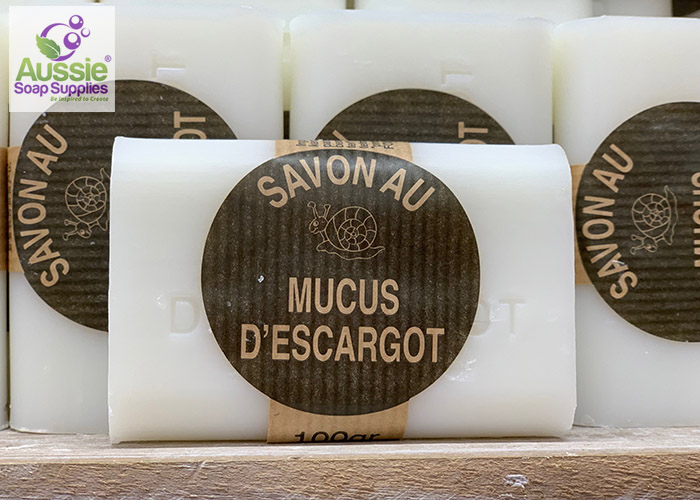 And of course, one of the latest must include of all cosmetic ingredients, SNAIL SLIME….. 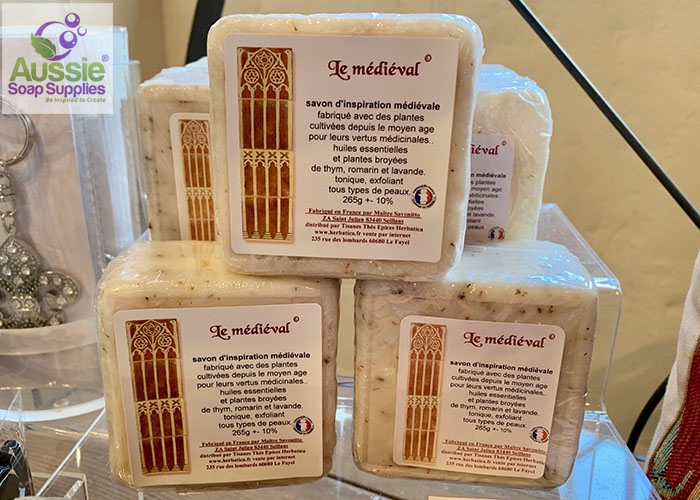 Yes, finally some hand made Cold Process Soap. Artisan soap in fact, in the gift shop at Cluny Abbey. 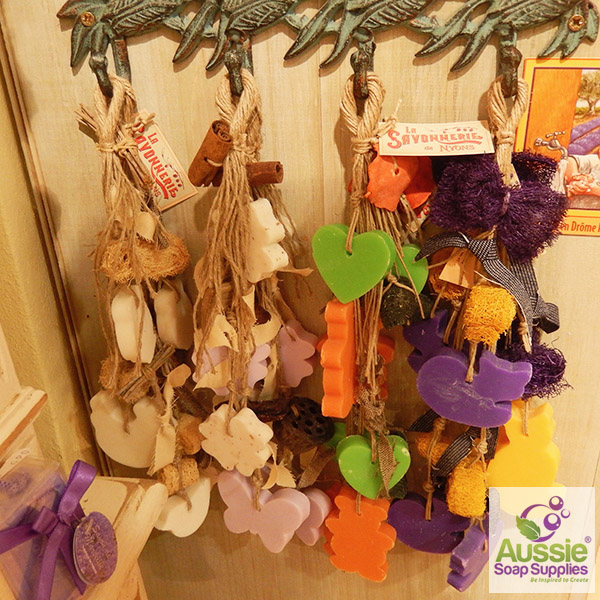 And on to a Medieval tourist hill town, Les Beaux, another soap cave, more syndet cut out soap ropes. 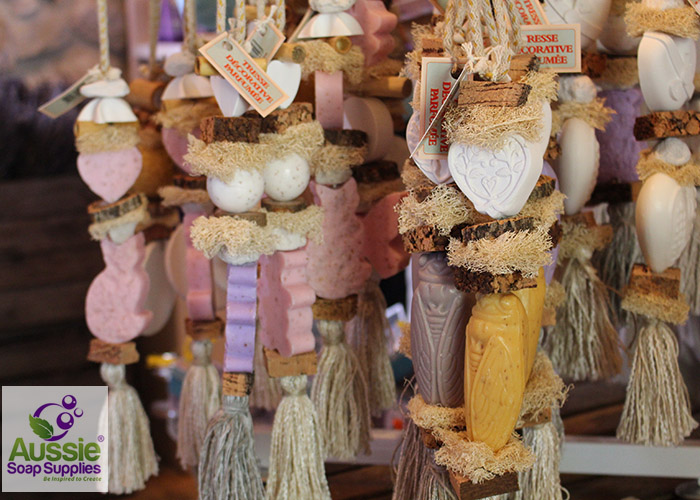 These very, very similar sets of ropes include the ubiquitous cicada soap (the yellow soap) are common in Provence.  They are also to be found in most soap shops in some form or other! 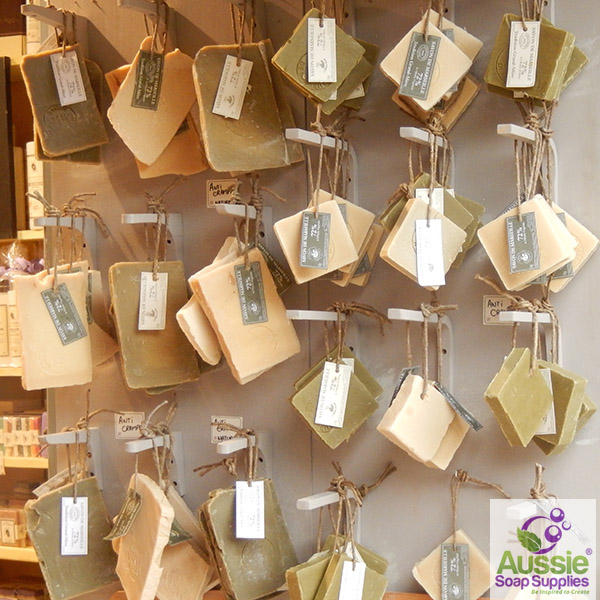 Syndets sit cheek-by-jowl with ‘artisan’ soap ropes, basically Marseilles style soap, cut in chunks with a hole punched and left for some time on boards at the door of most soap caves.

To commercial soap shops in Avignon…. 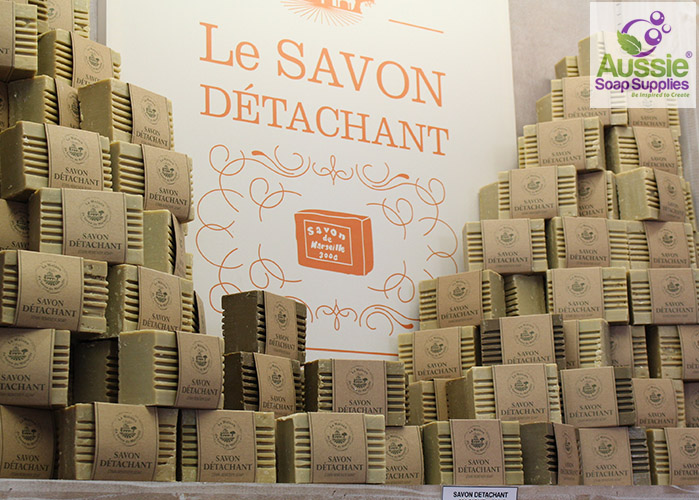 Serious displays and serious floor space in one of the busiest tourist stops in the area. 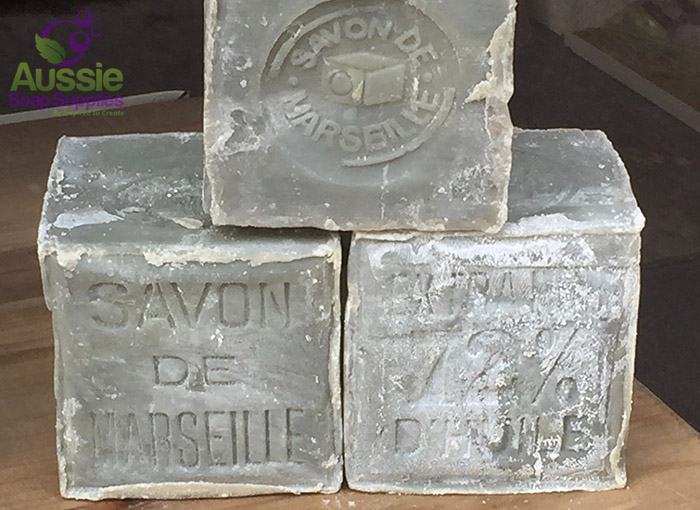 I assume is authentiqué, but for me, a curiosity, rather than something I would use in my shower.  I also am less than keen on the soda ash coupled with the massive size of these blocks. 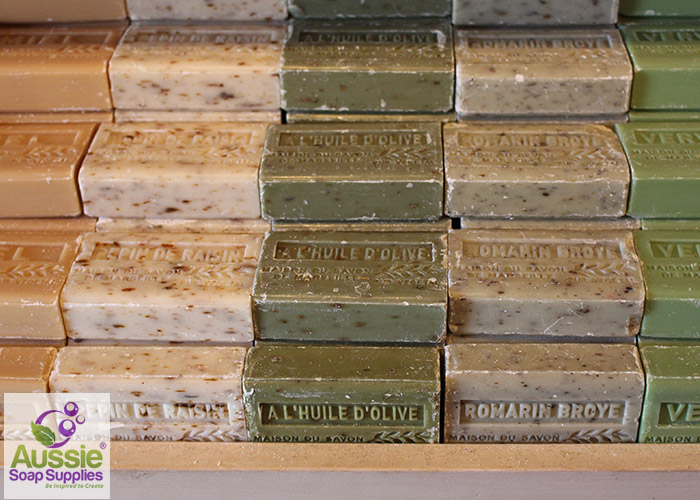 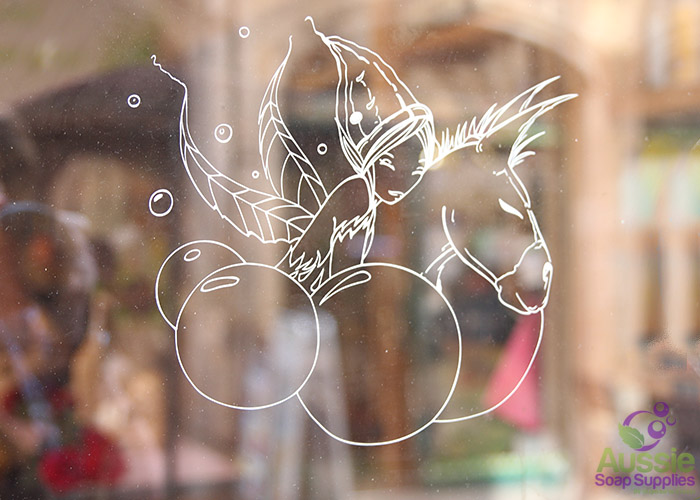 Finally a Donkey Milk Artisanal Soap shop in Lyon.  Since I was last there, a commercial soap cave has opened only two doors down.  I wonder if it will still manage to have survived when I next return.